Okay, this post should have been last week, since Mom & Dad's 55th Anniversary was Friday, June 9. But, when I mailed the package and card, the post said it would arrive on SATURDAY, a day late ... I didn't want them to see the card until it arrived, so I delayed this post. Let's check out the card I made for them for their 55th wedding anniversary, which is the Emerald anniversary. Since green is my favorite color, I had to, I mean I was COMPELLED to add in some GREEN. Yahoo! 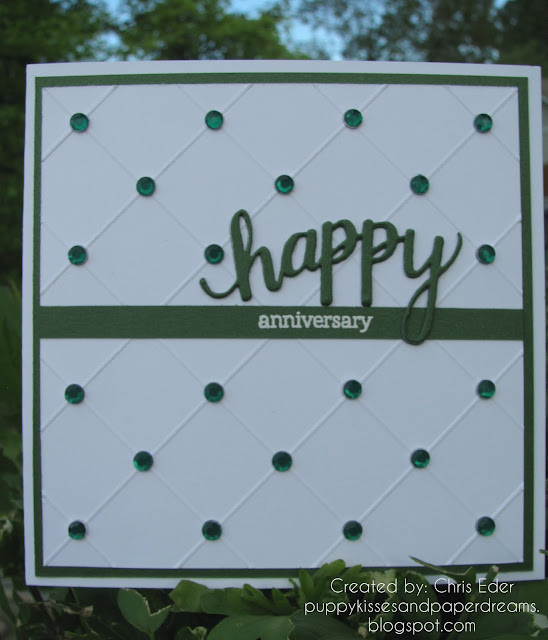 I die cut "happy" in glittery green cardstock twice, and once with white cardstock. I layered them up for dimension and stability. This photo shows the layers as well as the scoring. 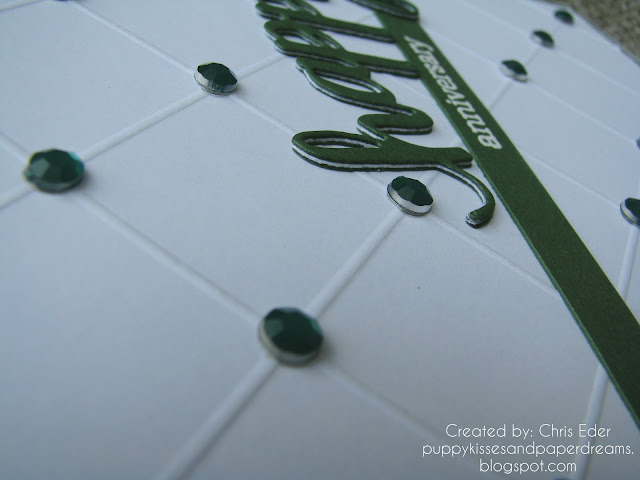 I created a cross-hatch score pattern for the background of the card (I totally stole this idea from Pinterest!). I scored the back of the card panel on the diagonal at every 1". Then, I spun the card 90 degrees, and scored the card panel again. I pressed a little extra hard on this scoring so that the ridges would stand out really well. Then, I adhered little green rhinestones from my stash. 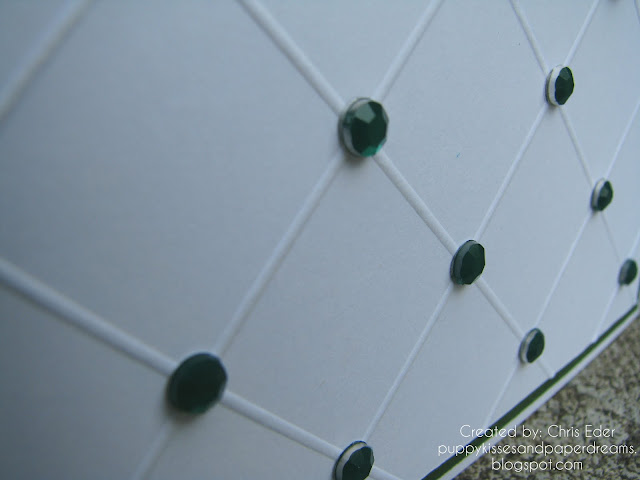 I also stamped out "anniversary" sentiment using Versamark Ink and then sprinkled on Sparkle N Sprinkle's White Detail embossing powder and heat set it. I layered this strip across the card and adhered the "happy" die cut over it. 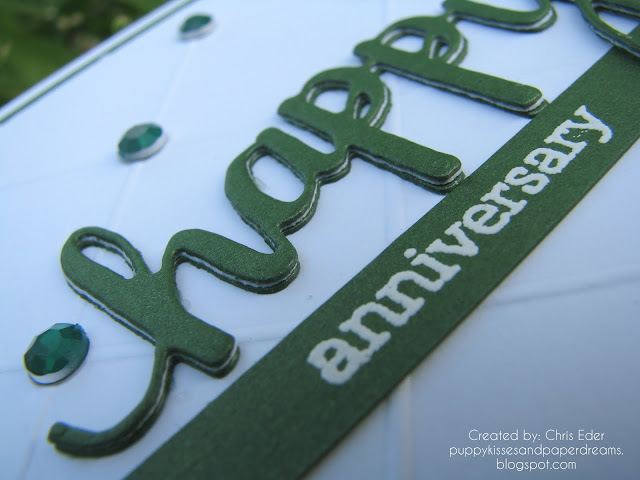 And, I layered a card panel inside the card. First, I lightly stamped a floral image background with really light ink. I stamped "congratulations" from Lawn Fawn's Scripty Sayings. I also used several alphabet sets to stamp out the rest of the sentiment. I used Harold's ABCs and Violet's ABCs. 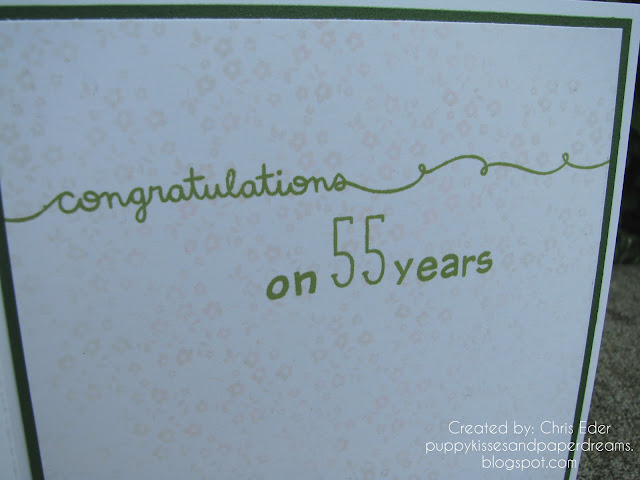 Happy Anniversary Mom & Dad! I hope you have many more years to come :)

Sparkle N Sprinkle compensated links are used when possible.
Posted by Puppy Kisses and Paper Dreams at 1:00 AM